July to November 1917 saw one of the most costly and, by many, considered pointless battles of WW1 The Battle of Passchendaele. On this, the 100th Anniversary of this battle, the Boxford Drama Group will be paying tribute to those people who took part by performing a brand new Musical, ‘We Don’t Want to Lose You (but we think you ought to go)’ which will include many familiar songs.
This will be preceded by a short play – The Reunion – which takes place in a 1960s Suffolk pub where two childhood friends, meet for the first time since the end if the War. Tom returned from the War to marry his childhood sweetheart whilst nothing was heard of Ted, was he killed? Was he one of the thousands who just disappeared? Has he a secret? As the play unfolds the true reason for his absence becomes clear. This is a very personal and moving account of one man’s struggle to come to terms with the horrors of War.
By the end of the evening you will have a smile on your face and a tear in your eye

The Boxford Drama Group a collection was made for The Royal British Legion Poppy Appeal.
I am pleased to advise that a cheque for £200 has been forwarded to them that I’m sure will be put to good use.
Thank you to all who supported us for the production many of whom came up to me at the end with a tear in their eye, mainly women but a few men as well, something that hasn’t happened to me in many a year. Bill Horne

Bill Horne gave us value for money at the Boxford Village Hall by giving us not one but two one act plays in one evening
The first called ‘The Reunion’ and was set on Armistice day in a Suffolk pub during the 60’s A reunion is taking place between two couples who had not met since the outbreak of WW1. Tom had returned to marry his childhood sweetheart but nothing had been heard of Ted.
We were treated to flash backs to the pub in 1917 when at that point the friends had joined up but it was not until the reunion
that it was discovered that Ted, the most youngest and most unlikely recruit had not only been over the top with horrific
consequences but later volunteered as a medic and won the Military Medal for bravery. There were strong performances
all round but a special mention for Michael Munn as Ted and a very warm welcome to two newcomers Sam and James Tolputt, let us hope this was not just a one off on their part.

After an excellent dinner and many Raffle prizes we were treated to act two ‘We don’t want to lose you (but we think you
ought to go). A brilliant production by Bill Horne, Smutty trench humour, a lack of respect for authority, plenty of good
songs very well Directed to the high standard we now come to expect from the team of Price, Keith and Baker. A slick production that turned one of the world’s bloodiest conflicts into a musical satire. Special mention has to be made of the very strong
performance by David Phillips as the old hand who had been over the top many times and was clearly a survivor being shown more respect than the generals. We also had the lovely ladies with their excellent singing and randy banter at the
end of the war with the return of our troops Another warm welcome to another two newcomers. Steve Claydon and Peter
Korabik for whom the same comments as for the other two re future performances. John Kirby’s set designs were just right and I was hoping to set a new trend to applaud the sets as the curtains are drawn open but alas I was alone in my ambition.

We look forward to the next BDG production, Cinderella the 2017 pantomime being held in the Village Hall on Wednesday 29th November until Saturday 2nd December. Written by Joe Barrrett and Directed by David Phillips, look out for more details in future editions of the Box River News. 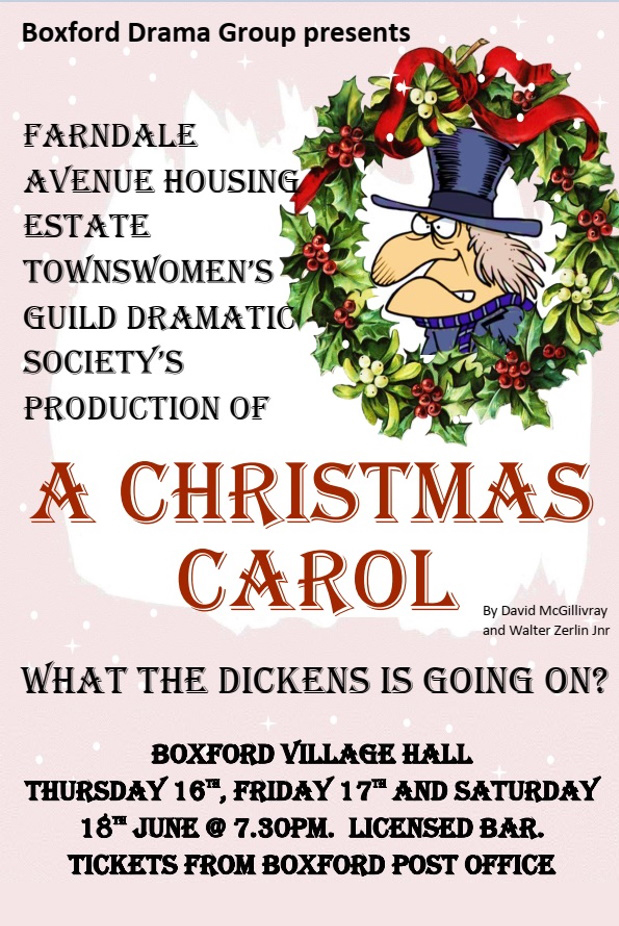